The Road to Burgundy

So you taste a Burgundy in San Francisco and a few sips later, your life is about to change. From disinterest to grand passion, from casual wine drinker to fervid believer. That is Ray Walker’s story, and so dramatic was his reaction to his first Burgundy poured in a wine shop in his native state that he immediately became not only a devotee of that French region’s wines but not long after, he became a winemaker there producing his own Burgundies.
Californian-born Ray Walker was 23 when he had this life-altering experience. Until then, he had not been an ardent wine drinker. He had never before tasted a Burgundy. He had never made wine. He did not speak French. He had a wife, a daughter and was working as a securities trainee at Merrill Lynch & Co. And yet, he was so smitten by Burgundy and his determination was so strong that in time, he left his job in the finance world, learned a bit about winemaking at a California winery, taught himself French, read books about Burgundy’s wines. And then he went to Burgundy.
Today, in his early 30′s, he is living in Burgundy, making wine there and not simply Burgundy but Grand Cru Burgundy. Among other wines, he is making Le Chambertin, one of the most exalted wines of the world and strangely enough, a wine that, before he made one, he had never before tasted.
Grand Cru Burgundy was not his original plan. In his first year there, he tried to buy grapes worthy of a village appellation. There were none to buy. And then by a strange turn of events mostly determined by the economic situation at the time, he was offered grapes from the Grand Cru Charmes-Chambertin, a vineyard that lies next to Le Chambertin. Soon after came the offer to buy grapes from Le Chambertin itself. And his new life was born.
Ray went to Burgundy alone. “It was a wild journey,” he said. It was as though he was holding on to a rope, he added, that was dragging him along. His wife Christian and daughter Bella remained in the states. And while the separation was tough, he said,“I had a gut feeling our life would eventually be the life we wanted there. I had to trust in that feeling and hold on to see it through.”
And that is what he did. His family now live with him in Burgundy. They have a small property in Nuits-St.-Georges they describe as “a garage-based micro-négociant winery focusing exclusively on sourcing fruit and producing limited lots of red Burgundy.” They have named their property Maison Ilan, and under that name, Ray currently makes seven wines -three Grand Cru (Le Chambertin, Charmes-Chambertin aux Charmes Hauts and Mazoyères-Chambertin) and five Premier Cru (Morey-Saint-Denis Les Monts Luisants, Morey-Saint-Denis Les Chaffots, Chambolle-Musigny Les Feusselottes, Gevrey-Chambertin Les Corbeaux and Volnay Robardelles).
Now Ray has written a book about his adventure. Published by Gotham Books, part of the Penguin Random House Company, its title is “The Road to Burgundy: The Unlikely Story of an American Making Wine and a New Life in France.”
An unlikely story indeed.  And a happy one.

Q: When did you first start appreciating wine?

I was 23 years old when I had the first glass of wine that I paid any attention to. I really had no interest in wine until then. I didn’t grow up surrounded by the world of fine dining, and truthfully, I didn’t see what wine could do that beer couldn’t do better.   One wine tasting changed my view of wine forever—when I was introduced to wines from Burgundy for the first time. I’d never known that drinking wine could be that kind of intense, all-consuming experience. After that day, I couldn’t think of anything else. Wine was constantly on my mind.

Q: What is so special about Burgundy?

Terroir is one of those holy grail concepts in wine that so many talk about but not everyone truly understands or experiences. In Burgundy, because wine is generally made with one type of red grape and one type of white grape, you can focus more attention on the staggering differences present in the soil. On top of all of this, there is an amazing wealth of history here in Burgundy. The history, coupled with the uniqueness of the land, makes Burgundy unlike any other wine region in the World. Every place is special, but Burgundy captured every part of me after I took  that first sip in 2005.

Q: A lot of us dream about quitting our job and moving somewhere exotic, but you actually did it. What finally lead you to totally upend your life?

So much of my life had started to feel closed in. People around me were focused on a mountain of material things, shallow interests, and empty short-term goals. And I was starting to become that kind of person. It scared me to think that if I was successful in my business career I wouldn’t end up with much in the end besides those hollow achievements.   I saw where my life was going and how far it had drifted away from something concrete, something more worthwhile. Going after my dream started to seem like  actually a practical thing to do with my life.

Q: When you were starting out on this new adventure, your wife and daughter were not with you in France. How did you handle that separation?

Christian was back home with Bella, still working a full time job, and her mother was lending a hand as well. It was tough on everyone, but something just kept pulling me toward Burgundy. I had a gut feeling our life would eventually be the life we wanted there.  I didn’t know what was going to happen but I believed that I had to trust in that feeling and just hold on to see it through.

Q: Why did you think you could pull all of this together without speaking French or knowing how to make wine?

It was a wild journey and I just focused on holding onto the rope that was dragging me along  I figured that until I was left with no other moves—no more options for buying grapes because I was out of people to ask, no more locations for a wine making facility—I’d just keep going since every step forward could potentially bring a new opportunity. I knew it was going in the right direction-- I just didn’t know how long it would take to get me all the way to where I wanted to be. It was risky, but it was also an adventure. What did you find most useful in terms of making wine that first time?

The land and culture of Burgundy played a tremendous role. If I’d been trying to make wine in a different place, I may have thought more of myself and perhaps made the mistake of thinking I was talented. The truth is that in Burgundy, it doesn’t matter if I am the best wine maker in the world or not. You just need the ability to not mess up, to care and to be mindful. Anything else is about aesthetics and it’s not necessary.

Q: What was the toughest part about starting your winery in Burgundy?

The paperwork was daunting It is incredibly hard to set up a business as an American in France. But though it was a long and frustrating process I knew it was a concrete problem that had a solution I’d eventually find. The most difficult thing was finding the fruit.  The fruit is the most important piece of the puzzle—the quality of your fruit decides everything about the quality of your wine.

Q: When did you know that everything in France was going to work out?

When Christian came and visited me the first time in Burgundy, she came with Bella. She tried the wine while it was still in the tank. Before she said a word, I knew, from years of studying her face, that she was tasting something amazing and she was proud. It was the exact reason why I had to be in Burgundy. That look, that moment. It spoke volumes. It lasted a fraction of a second but it was a solid dividing point in my life. 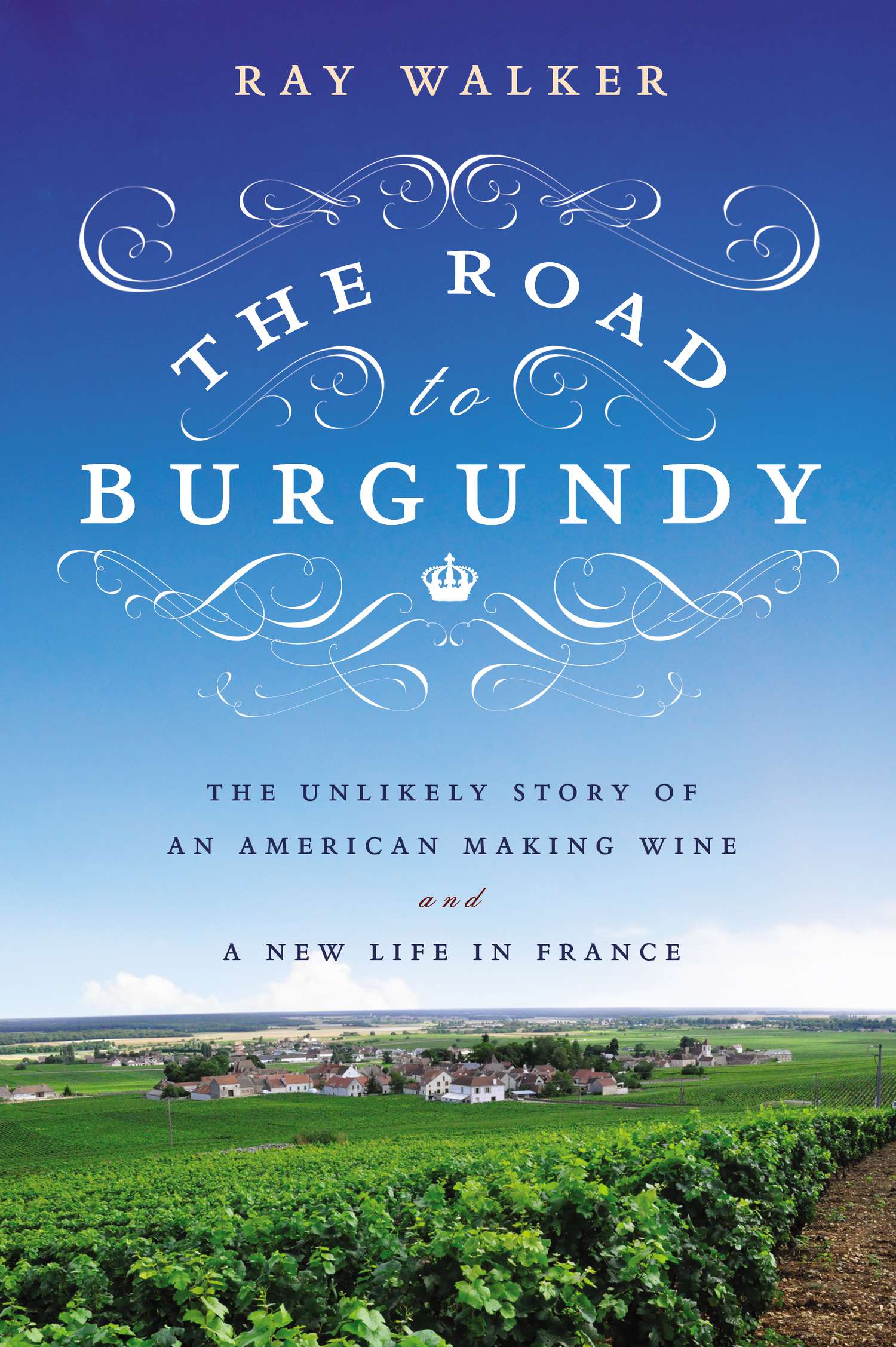