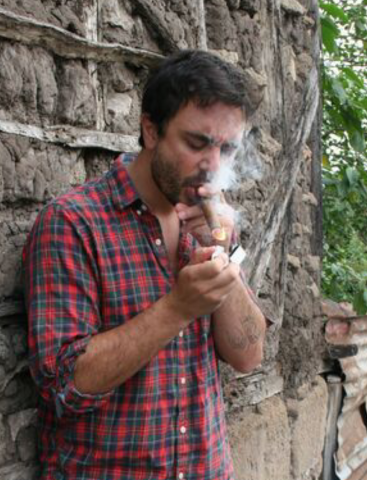 It is a crisp September evening as I pull into the small parking lot of The Brick House cigar lounge in Northern New Jersey. The sun peaks over the horizon, a last playful gaze before giving way to the twilight of a crescent moon. There is an energy in the air, or maybe it is just my excitement as I open the door and see my friend Jonathan Maccia, owner of La Pluma cigars. He greets me with a firm handshake and warm smile as he does with everyone at the shop. It is obvious he is beloved by many and his sincerity in return is refreshingly genuine.

We sit across from each other in high back arm chairs, a small cafe table between us. Sinatra plays softly in the background as we light up a La Pluma Principia. The blend is bold and earthy with a distinctly Nicaraguan flavor. I savor the fruits of his labor as we discuss the birth of La Pluma cigars.

As we are about to begin a fan approaches Jonathan and exclaims how much he enjoys his cigar. Jonathan stands and thanks him, showcasing that signature appreciation and humility that those who know him have come to expect.  “I think in some sense you can be doing this for fifty years and still have that feeling of 'I like it and I hope other people like it.' There is no guarantee at all. Its such a good feeling when someone comes to you and says they like your cigar. Its the best”

La Pluma cigars has been in business for about a year and a half and is in stores across the country, but Jonathan doesn't consider himself to be a national brand yet. “I don't have reps, everything thing is done out of my car right...and through word of mouth and stuff, a guy buys some and has some left and goes back home and gives one out and then I get a call.” Its very organic and he likes it that way. It only adds to the branding that has formed around his cigar. Store owners comment on how he shows up personally to make deliveries and how involved he is with his fans; just another organic development that came partially out of necessity. “One of the reasons I got into the industry is the culture of it and meeting the people... I can't afford to have anyone work for me, and I get to meet a lot of great new people, so for me it just went hand in hand.”

It was that culture of unity and camaraderie that inspired him to start his own company in the first place. Working at OK Cigars (a cigar hotspot once located on West Broadway in NYC) Jonathan was introduced to the strong community that forms around cigars. During his tenure he was able to learn about cigars and share that knowledge with others. This small community quickly became family, often sharing stories together into the recesses of the night. “one night...I was reading a book and thinking of those guys and smoking a cigar and it all just kind of came together.” In that one night he came up for the concept of the brand, inspired by the play he was reading “Cyrano De Bergerac” by Edmond Rostand.

Before taking the leap into cigar manufacturing Jonathan was an accomplished actor. While performing in Cyrano, much like his character Christian, he found inspiration in the title character  “he was a very inspirational character to me...he has this big feather in his hat and in French they call it La Plum. Cyrano called it his penasce because it symbolized his masculinity and everything that made him a Renaissance man; his skills as an orator, a writer a swordsman, the kind of things most guys aspire to be like.” And from that the name of La Pluma was born. Pluma is also the word used for a quill and from that the iconic symbol for the cigar is derived; a quill with one half as a feather and the other half a tobacco leaf. It is a symbol not only of his inspiration but also of his view on what cigar culture is, one of story telling, of sharing ideas and communal engagement.

But it is a big leap to go from concept to implementation and Jonathan had no knowledge of cigar manufacturing and blending. So, taking a leap of faith, he bought a one way ticket to Nicaragua. “I get off the plane at like 2am, no idea what I'm doing. So I get a cheap hotel and the next morning I figure out how to get a bus to Estelli and get off the bus and just start asking people on the street 'Puro, Puro?' like an idiot. I thought when I got to Nicaragua I would just see people smoking cigars but nobody is smoking.” He was fortunate enough to meet a man who would become one of his good friends, Tomas, who opened a lot of doors for him. One of those doors eventually lead to Nestor Placencia, a legend in the cigar industry with generations of family history behind his name. He gave him a shot and Jonathan spent the next year and a half in Nicaragua learning how to blend cigars.

His naivety proved to be an asset in the long run, allowing him to play with blends and flavors that would otherwise be ignored. And while this trial and error method of learning ended poorly at times it also produced great surprise results. And with a bit of honing, a lot of time and a little luck he was able to create some unique blends of cigars that would eventually become the 3 blends that comprise La Pluma.

Sticking with the theme of great writings and storytelling each blend is named for an influential work from history; Origin of Species (by Charles Darwin), Rights of Man (by Thomas Paine) and Principia (by Isaac Newton). Each blend is similar but unique in their own way, utilizing the distinctive flavors of Nicaragua.

But Jonathan stresses he shouldn't be seen as a role model for budding business men and women. “At the end of the day I really don't know what the hell I'm talking about but I do know what I like and I'm always learning. I'm not embarrassed to say that. If I'm in the business for another 50 years I hope I still have an admission of ignorance and curiosity.” Despite this humility he is still asked by so many people how he did it and what advice he would give them. He has a unique view on advice, feeling that too many people look for advice not as a means of getting guidance but looking for an excuse not to proceed. “It sounds like such a cliché, no matter how intimidating something sounds just dive in and do it. That will be your best asset. Just remember that naivety, as long as there is passion and truth and heart behind it, is an asset.”

You can find the nearest retailer of La Pluma through their website at LaPlumacigars.com or you can email Jonathan at info@laplumacigars.com And please read the piece “A Tale Told in Smoke and Pictures” at the NY Daily News on the final days of OK Cigars. 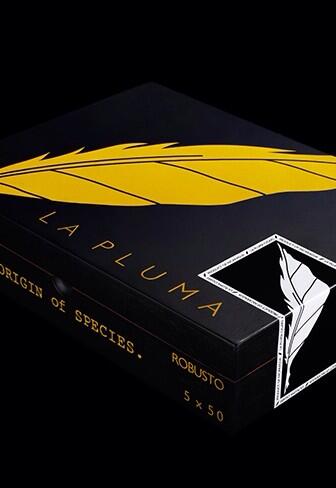 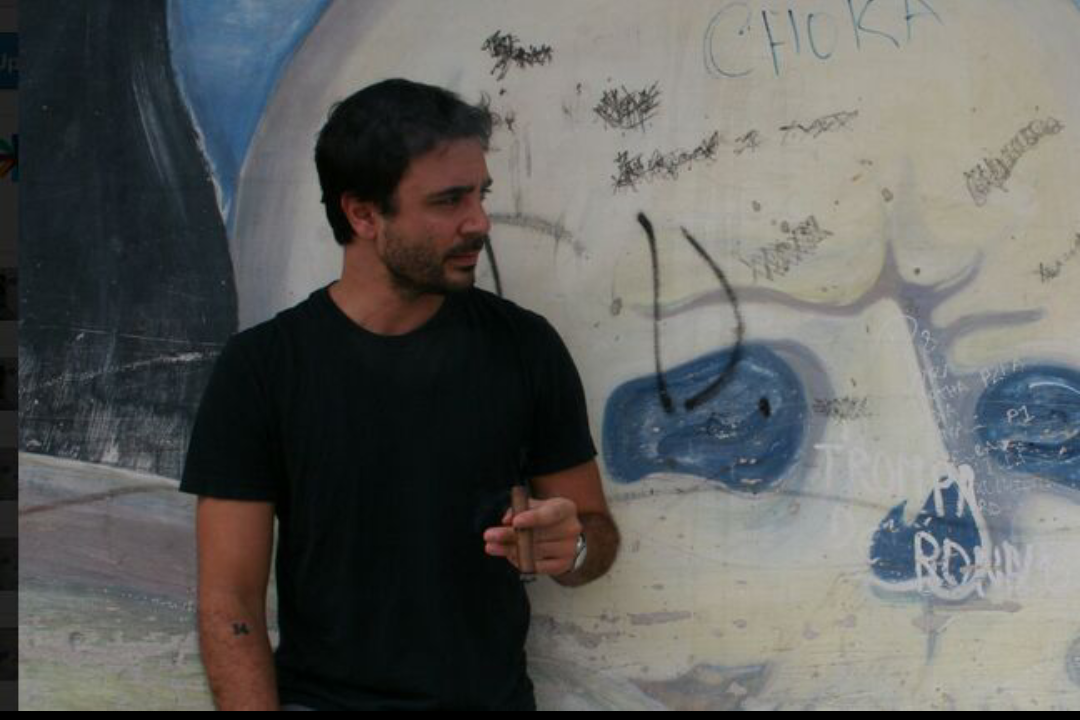