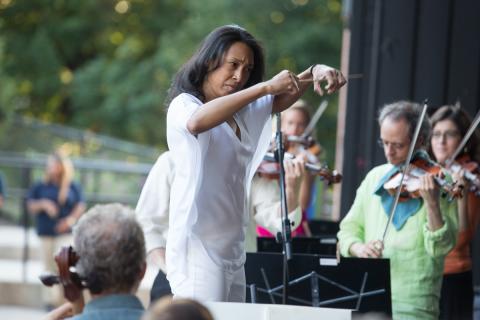 There are few African American women who earn the distinction "Maestra". Well, you are about to meet one of these women of such distinction, Ms. Jeri Lynn Johnson. For this interview, I sat down with Maestra Jeri Lynne Johnson where she shared her insights on classical music and her vision for making the genre more inclusive and appealing to a broader multi-cultural audience with her creation, The Black Pearl Chamber Orchestra.

Before I begin, let me just say Maestra Jeri Lynne Johnson is a classically talented pianist where she completed her formal training and education at Wesley College and earned a dual degree in Music and Religion. She then continued her studies at The University of Chicago and completed her acedemic training by earning her Terminal Masters. Beyond her formal education, she cited the influence and guidance she received from renowned Argentine pianist and conductor Daniel Barenboim as a significant factor in her early professional development. Prior to Maestra Jeri Lynn Johnson beginning her tenure as the founder and the Artistic Music Director of the Black Pearl Chamber Orchestra, Ms. Johnson performed and lived in and around Europe, including High Wycombe England and at various areas throughout the United States.

She was born in Freeport, Illinois and she has resided in Philadelphia, PA since 2001, where she and her family lived for over 20 years other than some years she spent after marriage in High Wycombe, England; she has remained in Philadelphia since 2007.

As a protege of Daniel Barenboim one could easily surmize that Maestra Jeri Lynn Johnson and her musical acumen was acquired from the extensive guidance and tutorial she gained by learning from Daniel Barenboim during her post graduate work at the University of Chicago. She had the assistance of many other great music conductors surrounding her, as she was literally “sitting at the feet” of Barenboim’s guidance, who was the Music Director for the Chicago Symphony Orchestra during her early years as a student at the University of Chicago. Having the theory at UC and the practical experience from Barenboim, Maestra Johnson thought it was the perfect marriage of theory and practice by stating, her most profound memories of Mr. Barenboims advisement was when he recited; “Music theory and practice allows you to understand the underlining harmony, form, rhythm and the meter of music in a very technical and theoretical way, which helps you make better musical decisions. He drove home the fact that 99% of your musical questions can be answered by the harmony”.

Maestra Johnson's conducting career started to take off, as she was the guest conductor for the University of Chicago’s Chamber Orchestra and then moved up to being an Assistant Conductor for the University of Chicago’s Contemporary Chamber Players, completing premiers of composers works. She then landed an opportunity to be the ensemble’s assistant conductor from 2000-2004 for the Chamber Orchestra of Philadelphia.

Before starting Black Pearl Chamber Orchestra, Maestra Johnson had many conducting opportunities all across the United States and Internationally after she made history in 2005 as the first African American woman to win the international conducting prize, “Taki Concordia Conducting Fellowship”. As she was coming out of this experience she began to take conductor auditions and always landed as a finalist for the position but never securing the job. In one last audition, Maestra Johnson noted a time where she asked a search committee chair for feedback. He gave her the most devastating but most helpful answer she could of ever been given. He said, “We liked your conducting and ideas but we don’t know how to market you. You don’t look like what our audiences expect a conductor to look like”. As outraged as she was, Ms. Johnson later realized what the committee chair didn’t mention was her talent. It’s not that she wasn’t good enough; it was the fact that some people were stuck in the conventional image of what they felt should be the persona/profile of a traditional music conductor.

This experience would inspire Maestra Johnson to form the Black Pearl Chamber Orchestra in late 2007 with her notion of changing what most people perceive of what the image of a chamber music orchestra should look like. The BPCO is the most diversified orchestra in the U.S. and continues to this day to showcase diversity and inclusion by its multi cultural/ethnic musicians and ensembles with their performances, concerts and at music festivals.

Maestra Jeri Lynn Johnson and Black Pearl continue to strive for excellence and their mission for expanding the appeal for classical music by hosting their annual concert series in Philadelphia, PA and sponsoring educational programs. Her hope is that people will better understand and recognize the mission of the BPCO and to inspire others to have a love for classical music in every way. 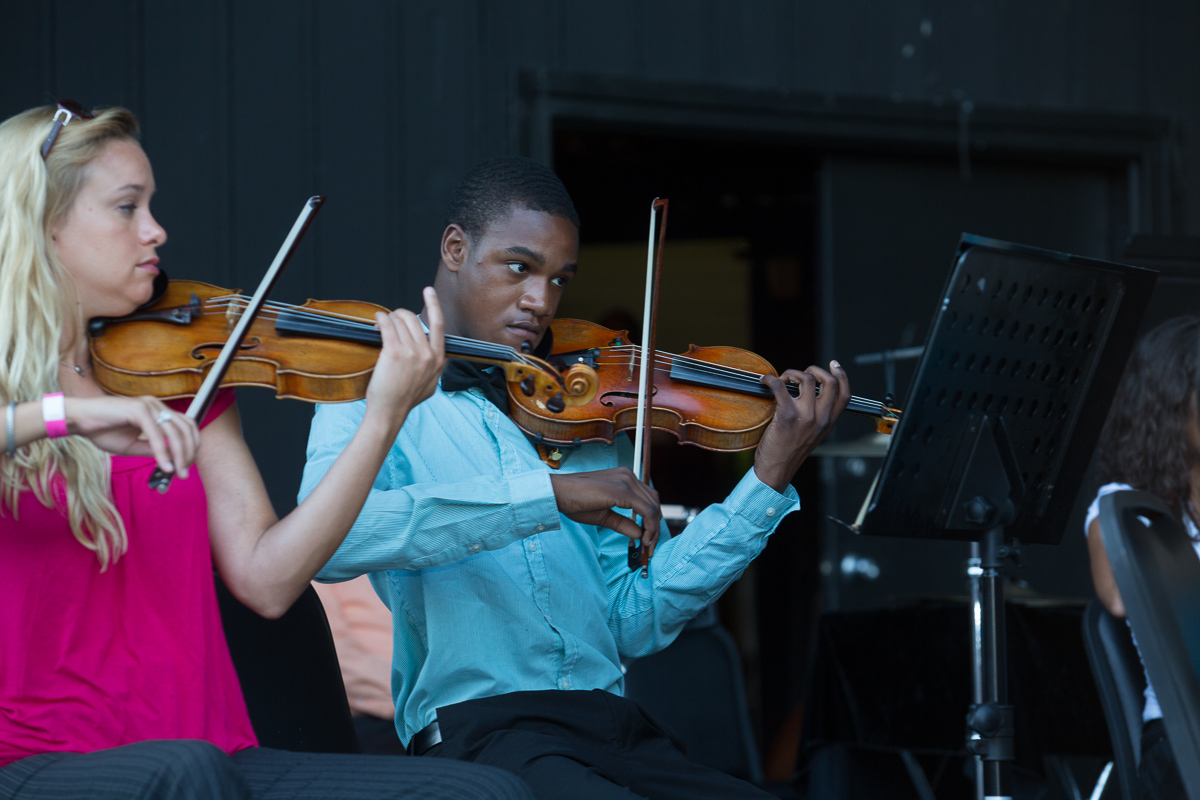 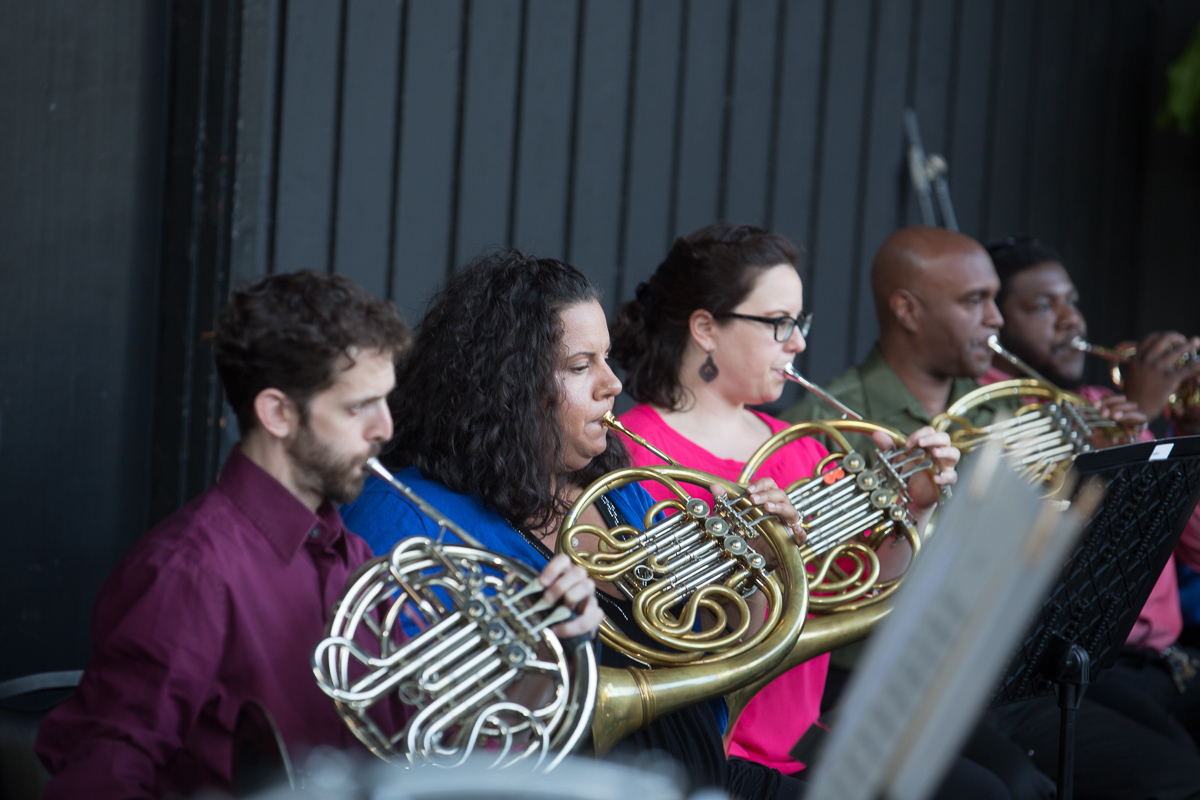