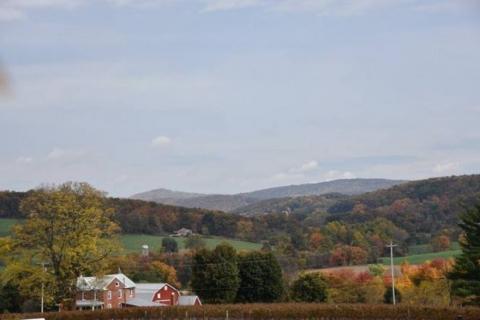 It’s the endless game: which new regions are poised to create the next “it” wines? Wine lovers today are insatiable, less than content with settling for only the classics, always looking to discover the next most interesting, most exciting, most obscure wine available. Luckily, the industry is willing to provide, with options from across the globe now readily available in the average neighborhood wine shop. Here, we outline seven of these emerging wine regions that are most worth seeking out in the months – and years – to come.

Ironically, some of the most surprising wine discoveries are coming from regions that began making wine in ancient times. Take Greece, for instance: with vines first planted as far back as 2500 BCE, the Greeks can be credited with the spread of grapevines through much of Europe. In modern times, however, Greece has lagged behind its Western European counterparts in terms of winemaking; it wasn’t until the 1980s that smaller wineries began to focus on making quality wines throughout the mainland and islands of the country, with a real surge of availability in the U.S. market in recent years. Though the wines of Greece have been available and recognized in the U.S. some time now, they remain under-appreciated, value-driven offerings.

As with most regions that have a plethora of local grape varieties, these 300+ indigenous grapes are both the highlight of and hindrance to the Greek wine market. For whites, Assyrtiko proves to be a gem, particularly from the tiny volcanic island of Santorini, where vines are woven into basket shapes to protect against strong winds. The wines tend to be dry, focused, minerally, and high in acidity, with the potential for long aging. Xinomavro from Náoussa on the mainland has proven to be the most impressive red grape, often likened to Nebbiolo because of its tannic, red-fruited, and sometimes floral nature. For easy-drinking wines, the Peloponnese is home to the aromatic Moschofilero grape, which produces floral whites, and the approachable Agioritiko, known for making lush, fruity reds with black cherry flavors. Look for wines from the producers Hatsidakis (Santorini), Sigalas (Santorini), and Kir-Yianni (Náoussa).

Similarly to Greece, Eastern Europe has also been making wine for thousands of years, but for political reasons, modern winemaking has failed to flourish in much of these countries. Happily, the fall of communism brought renewed wine energy to Eastern Europe, and in the past ten or so years, exports from these regions have become increasingly more common, particularly from Slovenia and Croatia. Most of Slovenia’s most lauded wines come from the western Primorska region, which shares a border with Italy’s Friuli; some wineries, which tend to be small and family-owned, actually have to cross the border into Italy to access some of their vineyards.

Though wines here made in a wide range of styles, Slovenia has gained attention from American sommeliers for its textural, deliberately oxidized whites. Ribolla Gialla (known as Rebula here), Pinot Grigio, and Sauvignon Blanc are a few of the grapes used to make this “orange wine” style, fermented with extended skin-contact and usually aged in large, old oak barrels or ancient clay pots known as amphorae. Red wines are also produced from Teran and Refosco. Movia, Gravner, and Kabaj are three all-around excellent Slovenian producers.

Across the Adriatic Sea from Italy, Croatia is proving to be quite the varied – and picturesque – wine country. Most of the top wines come from gorgeous coastal vineyards, and while international grape varieties like Cabernet Sauvignon and Merlot are grown here, Croatia also has gems like the aromatic white Malvasia Istriana from (as its name suggests) Istria in the north, the highly drinkable Istrian red grape Teran, which is a sibling of Refosco, and Croatia’s signature grape, Plavac Mali, mostly found in Dalmatia and its associated islands along central and southern coastline. A relative of Zinfandel, Plavac Mali is dense, powerful, and tannic, though the aging potential is high. Producers like Grgich, Dingac, Postup, and Bibich represent Croatian wine at its core.

The U.S. market is sure to see a surge of new wines from Eastern Europe in the coming years, but keep an eye out for dry Furmint from Hungary; natural, amphorae-aged Georgian wines from local grapes like Rkatsiteli and Saperavi; local and international grape varieties from Moldova; and wines from indigenous Macedonian grapes, particularly crisp whites and big reds that show quite a bit of future potential.

The positive effects of climate change

Though concerns about the future viability of the world’s classic wine regions are prevalent, climate change has actually allowed areas previously inhospitable to vine-growing to become regions with winemaking potential. It may be surprising to learn that England is now an emerging producer of quality sparkling wine, with over 450 vineyards in the southern part of the country. The country’s cool climate gives traditional-method sparklers from Chardonnay, Pinot Noir, and Pinot Meunier the highest potential here – two-thirds of all English wine is sparkling – and the resulting wines bear a remarkable similarity to those of Champagne. In fact, the geological basin that gives Champagne its characteristic chalky soil also runs through the southern part of England, which may contribute some of that distinct Champagne-like minerality to English wines. Currently Ridgeview, located in Sussex, is the only producer available in the U.S., and the quality of their cuvees has set a high standard for any other producers to follow.

On the flip side of the globe, the far reaches of South America have also benefited from rising temperatures, particularly Patagonia in the very south of Argentina. Also aided by the development of better irrigation systems, the regions of Río Negro and Nequen are still growing in terms of production, having experienced renewed interest in the past fifteen years. Most producers focus on cool-climate versions of Argentina’s signature grape, Malbec, but some producers are turning to varieties like Pinot Noir, Sauvignon Blanc, Chardonnay, and Cabernet Franc, which may serve to distinguish Patagonia from its neighboring regions. Leading Patagonia’s wine movement is Bodegas Chacra, founded in the early 2000’s by Piero Incisa della Rocchetta of Tuscany’s Sassicaia and focused almost singularly on Pinot Noir. Other wineries to seek out include Bodega Noemía de Patagonia, owned by cousins of the Incisa della Rocchetta family, and Familia Schroeder.

California may be the established leader of American wine production, but every one of the 50 United States produce wine, with variable quality, of course. In the past several years, however, quality winemaking movements have caused several states to receive increased national recognition. The home of Thomas Jefferson’s attempt to plant America’s first vitis vinifera vines (which quickly failed), Virginia currently ranks fifth in state wine production, with over 275 wineries and a modern winemaking history that dates back only 40 years. Despite the hot, humid climate and fertile soil, less than ideal for winemaking, winemakers have established seven different AVAs, the most prominent of which are Monticello, located along the slopes of the Blue Ridge Mountains, and Middleburg Virginia, only 50 miles from Washington, DC. While Bordeaux varieties, Chardonnay, and Sauvignon Blanc are all planted widely in Virginia, many winemakers have adopted Viognier as their pseudo-“signature” grape. The industry is still young in Virginia, but as quality increases, look for wines from Barboursville, Linden Vineyards, RdV Vineyards, and Boxwood Winery.

With just over 120 wineries, Michigan is slowly becoming recognized for quality winemaking, though many of the state’s wines are only available locally. Historically a producer of sweet wines made from hybrid grapes, a few pioneers began experimenting with vinifera varieties as early as the 70s, but it’s only in the past three to five years that any of these wines have been distributed nationally. Riesling is the star of Michigan’s wine industry, along with some good examples of Cabernet Franc and Pinot Noir, grown in the regions of Old Mission Peninsula and Leelanau Peninsula in northern Michigan, where the proximity to Lake Michigan moderates temperatures to allow for grape-growing. Extreme cold remains a problem for winemakers, however; during the past two vintages, harsh winters have frozen the lake, leaving grapes susceptible to freezing temperatures and causing winemakers to lose up to 75% of their vines. Chateau Grand Traverse and urban winery Left Foot Charley are two excellent, nationally distributed examples of Michigan wine’s potential.

It’s also worthwhile to keep an eye open for winemaking potential south of the U.S. border, where whispers hint that quality wine from Mexico is gaining traction in the Baja Peninsula. In several valleys, particularly the Valle de Guadalupe, proximity to the Pacific allows for temperatures to cool at night, causing winemakers to be able to focus on growing international Bordeaux and Rhône varieties, as well as Tempranillo, Nebbiolo, Zinfandel, and Chardonnay. The modern industry is still fairly young, and most Mexican wines found in the U.S. tend to be from large, bulk wine producers, but climactic conditions and enthusiasm among young winemakers points to an exciting future for wines from Mexico. Seek out wines from Casa de Piedra and Viñas de Garza.