The Wines of Tuscany 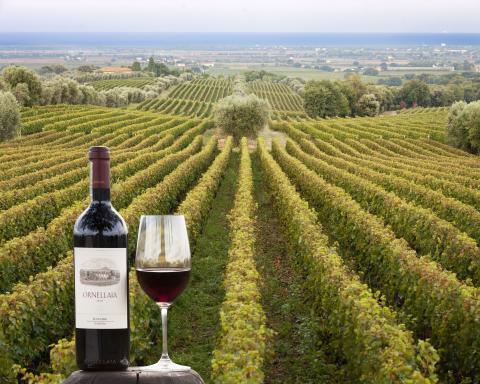 It is one of the largest of Italy's 20 wine regions, stretching over nearly 9,000 square miles in the center of the country, with Emilia-Romagna to the north, Umbria to the east, Lazio to the south and the Tyrrhenian Sea to the west. And in a country where one beautiful vista spills into another, it is among the most breathtaking of all. Tuscany is a wine buff's paradise of gentle hills, country roads lined with towering ancient cypress trees, equally ancient olive groves, centuries-old villages, vineyards of varying soils growing nearly two dozen varieties of grapes and producing a cornucopia of highly individual wines, nearly 90 percent of them red.

Tuscany's capital is Florence, known as much, through its art, architecture and musical history, for its cultural stature as for being the region's political core. And fanning out from Florence are some of Tuscany's most well-known wines based on Sangiovese, the region's dominant grape. While Sangiovese represents ten percent of all grapes planted in Italy, several sources claim it accounts for almost 70 percent of grapes grown in Tuscany.

Of Tuscany's many Sangiovese-based wines, Chianti is the best known and the oldest. It is found in two major categories, depending on where its grapes are grown - Chianti and Chianti Classico. The latter comes from vineyards that are the setting of the original thirteenth century Chianti League; they extend from south of Florence to Siena and are still considered to produce the best Chianti.

South of Siena, from the hill town of Montalcino comes Brunello di Montalcino, a wine made one hundred percent of the grape's clone known as Sangiovese Grosso. It is a long-aged, long-lived, powerful and usually expensive wine, originally created by the Biondi-Santi family in the mid-1800's and now produced by a number of vintners.

East of Montalcino, the village of Montepulciano is home to Sangiovese-based Vino Nobile di Montepulciano, where its soils, it is said, account for its noble and individual quality.

As in France and other European countries, Italy's wines are governed by legal classifications, each with its own set of rules and limits. DOC (Denominazione  di Origine Controllata) is the major classification covering most traditional Italian wine styles. The highest classification is DOCG (Denominazione di Origine Controllata e Garantita) governed by still stricter rules. Since 1992 there is another category that can be found on some Italian wine labels called IGT (Indicazione Geografica Tipica) which allows winemakers to use non-traditional grape varieties and non-typical blends. Before IGT was added, a wine that did not adhere to traditional rules could carry no sanctioned status on its label. It could legally call itself only Vino da Tavola, simple table wine.

The addition of the IGT category came about because of Tignanello. The Antinori family traces its entry into the Tuscan wine trade back to 1385 and have long been known particularly for its Chianti. Then, in 1971, Piero Antinori shook and shocked the Tuscan wine world when he and enologist Giacomo Tachis blended a small percentage of Cabernet Sauvignon and Cabernet Franc with Sangiovese grown in the Chianti area to produce Tignanello, named for the vineyard that produced the grapes. Because it included varieties that fit into no legal Italian wine category, it became a fine, expensive, highly desired wine that could be legally labeled only as Vino da Tavola until the Italian government added the IGT category.

Meanwhile, Tignanello opened the door to new experimentation throughout Tuscany, and by the early 1980's, other winemakers were producing wines that included non-indigenous grapes, especially such Bordeaux varieties as Cabernet Sauvignon, Merlot and Cabernet Franc.

It was during this time, when these wines had no viable legal name, that the unofficial term Super Tuscan came into use. Super Tuscan is believed to have been coined by an American. As Italians often point out, it has always been called Super Tuscan; it is not a translation from Italian. And Super Tuscan has been used ever since, long after IGT became an official category.

About the same time that Tignanello was upending tradition in the Florence area, an entirely new move began to take place in the mild climate of Tuscany's western coast, bordering the Tyrrhenian Sea, an area never considered right for fine grape growing - for Sangiovese, as it turned out. There, around the small seaside village of Bolgheri, the owner of Tenuta San Guido was experimenting with wine made entirely of Bordeaux-style grapes and in 1968, brought out his first, small production of Sassicaia.

Soon after Sassicaia proved itself, another major quality step occurred in Bolgheri. Ornellaia was born. Now touted as one of the greatest wines ever produced in Italy, Ornellaia is a blend of French grapes-Cabernet Sauvignon, Merlot, Cabernet Franc and Petit Verdot, the percentages of each varying slightly depending on the vintage.

Since Ornellaia's inception, the area around the village of Bolgheri (population about 200) has developed viticulturally until there are over 40 wineries now producing non-traditional wines. So many, in fact, that Axel Heinz, Ornellaia winemaker and director of production, says all of the best, most viable vineyard land in that area is already in use.

Among them are exceptional wines. Another of the most outstanding is the impressive Masseto made entirely of Merlot grown in a single vineyard. It is a Tuscan wine without peer.

Ornellaia, an extraordinary experience, is expensive, averaging $200 and more a bottle. For those who want to come close to the greatness of Ornellaia at a more affordable price, the winery has, since 1997, also produced Le Serre Nuove dell'Ornellaia, made from the grapes of Ornellaia's younger vineyards and priced at about $65.

Meanwhile, over the decades, the term Super Tuscan has become a phrase used by every imaginable Tuscan wine until it no longer represents its original purpose. But the wines of Bolgheri have grown in such stature and international reputation that they no longer need it. They have been granted their own legal classification. They are now Bolgheri DOC.

While Tuscany's wine production is overwhelmingly red, it does produce some white wine, perhaps best illustrated by the lovely, golden-hued Vernaccia di San Gimignano, named for the medieval walled town of San Gimignano southwest of Florence.

The name Tuscany evolved from Tuscia which in turn came from Etruria, the land of the Etruscans, an advanced pre-Roman civilization in the region that evidently were first to make wine there. They had no idea what they started. 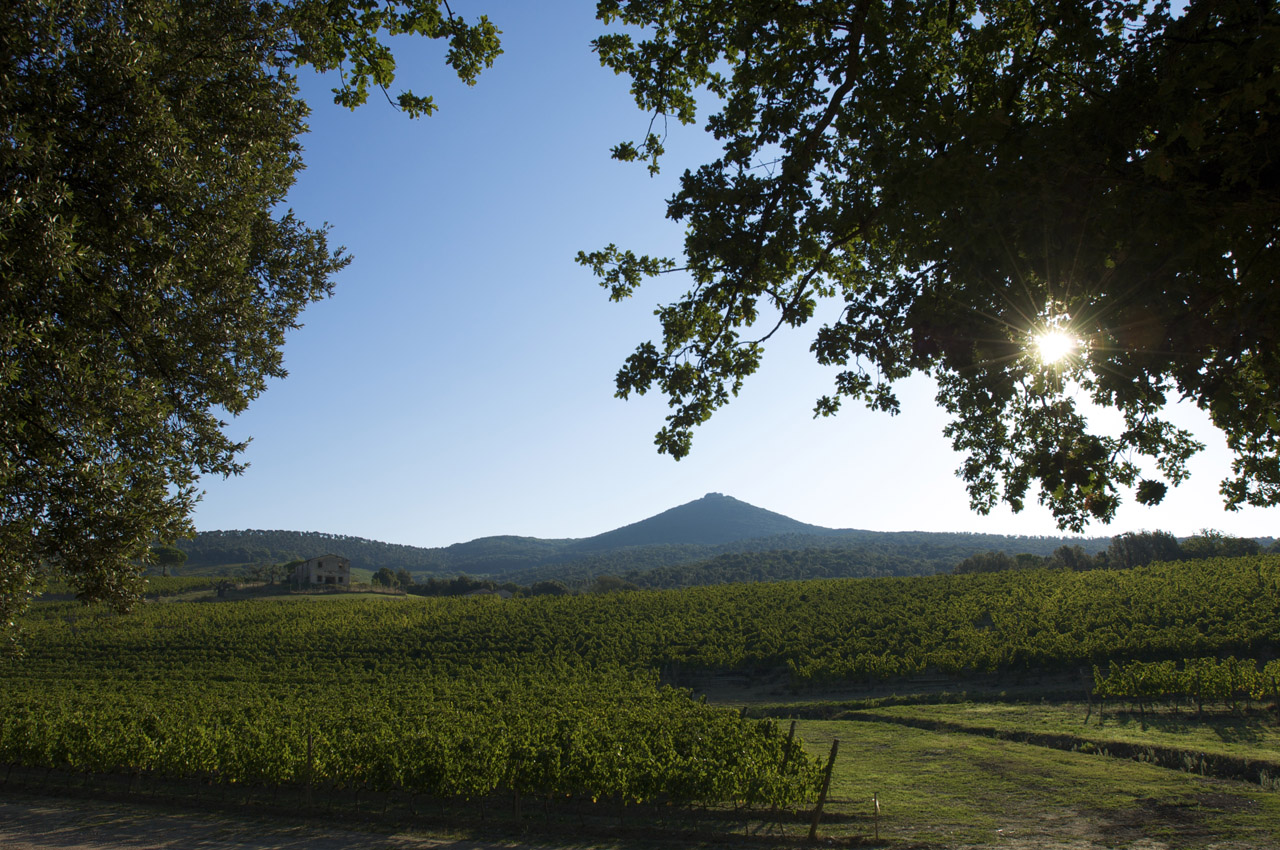